This morning, I packed up all of the durable medical equipment I have needed to use over the last year, loaded it into a taxi, and brought it to the donation center for Recares in San Francisco. Recares is a wonderful organization in the San Francisco Bay area that redistributes them to people who are in need and are unable to afford the equipment. I dropped off two walkers, two sets of leg braces, a shower chair, a bedside commode, and a pair of crutches. 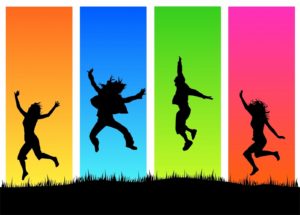 When I got there, a man by the name of Steven unloaded the items, and then wrote out a receipt for my donation. As he was reviewing each item and writing in down on the receipt, he told me that there were people on the waiting list for most of them. He would also share with me a bit about that person. “Oh, I know an old lady in the Mission who needs this walker. She was recently injured in a fire,” he would say. Then there was the guy who broke his leg and had no way of getting around that would be given the crutches. This left a big impression on me. Steven was a man who cared very deeply about his cause.

When we got to the leg braces, he introduced me to the man who was there that day looking for leg braces. He was an older man, probably in his late 60s. We spoke a while. I asked him how he had injured his knees, and he told me that he had arthritis, and that he had his right knee replaced a while back and was going to have to wait until he could afford to do the left knee. He asked me if I had arthritis, too. I explained to him that I had been in a motorcycle crash and been very badly injured, with my legs being the part of my body that was most seriously injured. As I walked away, he thanked me, and I told him I was glad that someone is able to get use form them, and that he was very welcome to have them.

I felt good after that. I was grateful that other people were able to benefit from what I had left from everything I had gone through. I was even more grateful I didn’t need those items any more. I went through the rest of my day feeling joyful and peaceful.

That evening, I was going to help a friend with some technical stuff (I work in the software industry). I decided I deserved a treat: a Burger King Big Fish sandwich. The restaurant was a tad busy, and so, after ordering, I sat down to wait for my number to be called. As I sat there, an obviously homeless person approached me. He told me he had a brand new 2XL sweatshirt for sale. I explained that would be too large for me, and told him, “no thank you.” He then showed me a smaller light jacket and asked if I wanted that. I again told him no

He looked at me with eyes that told me what he said was the truth: “I’m just trying to eat.” I responded by telling him I would be happy to give him five dollars for dinner. I took out my wallet, removed five dollars, and gave it to him. What happened next moved me in a way I could never have predicted.

He started to weep. I was swept over by two very powerful emotions. Of course, I felt that same feeling I had felt in the morning. More strongly, I felt a sense of love and compassion for this man. Most of us are so truly lucky. I’ve never had to worry in my life where my next meal was coming from. Sure, there were times I ate on a budget that I would have preferred to be larger, but I have always had food security. I am so grateful for that, and also so disturbed that we cannot do that for everyone in our country. It’s a failing of our society, and that’s sad.

He sat down at a table just behind me. I waited five minutes more for my fish sandwich. He was weeping at that table the entire time. My number was called. I stood up and picked up my sandwich. As I was walking out, I stopped by his table, held out my hand, and told him to take care. I didn’t say it the way we say it every day. I meant it, and I am quite certain I conveyed how deeply I did. He didn’t take my hand. He said, “God bless you,” and I left.