Throughout my career, I’ve been fortunate enough to be managed by people who care enough to give to me honest, open feedback. Feedback is a wonderful thing. It gives us an opportunity to get an outside perspective. Feedback feels good when it’s positive. It’s better when it’s constructive and helps us to identify areas where we can strengthen our abilities and grow. There is one specific case of feedback that we all receive that can challenge us: feedback that we don’t agree with. 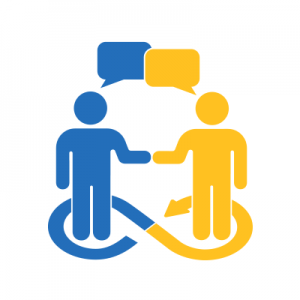 I think back to one particular piece of feedback that a manager once gave me that blew me away when I heard it. He said I was acting in a way that came across as being entitled. I had never heard this feedback before, and I was shocked to hear it. I asked him for examples of things I had done that led him to this conclusion. When he listed a couple of them, things started to click for me.

I am not going to go into the specific details – they are not important. What is important is that he had identified behaviors that he interpreted as me acting in an entitled way. As he listed them, my mind did exactly what one might expect it to do: it found all of the reasons that he had misinterpreted my actions as coming from a place of entitlement, when I actually had been doing them for what I believed to be the good of the team.

If this happens to you, what you say and do when presented with feedback you don’t agree with is important. There is one thing you need to realize before you act: that, in that moment, perception is reality. Whether my actions were driven from a sense of entitlement was a moot point. What was important then was my manager’s perception.

When this happens, the best option you have is to take the feedback to heart. Rather than becoming defensive, I thanked him for giving me the feedback, and I asked if he would point out to me in near-real-time if he perceived me as acting in that way again. I started by acknowledging his reality, and demonstrating that I was open to his feedback.

I did have a brief conversation with him. I explained the positive business impact I thought the decisions I made would accomplish, and we discussed ways that I could accomplish those goals without giving off the impression of entitlement. This conversation went much better than it would have if my first reaction to his feedback was, “but you’re wrong!”

When you get feedback, be grateful you received it, and remember: there is no objective reality. The feedback being passed to you is reality for the person sharing it with you. Take that to heart, and you can learn a lot from feedback you disagree with.